By Mike Goudzwaard
This piece was originally published on Instructional Design at Dartmouth on July 16, 2015. 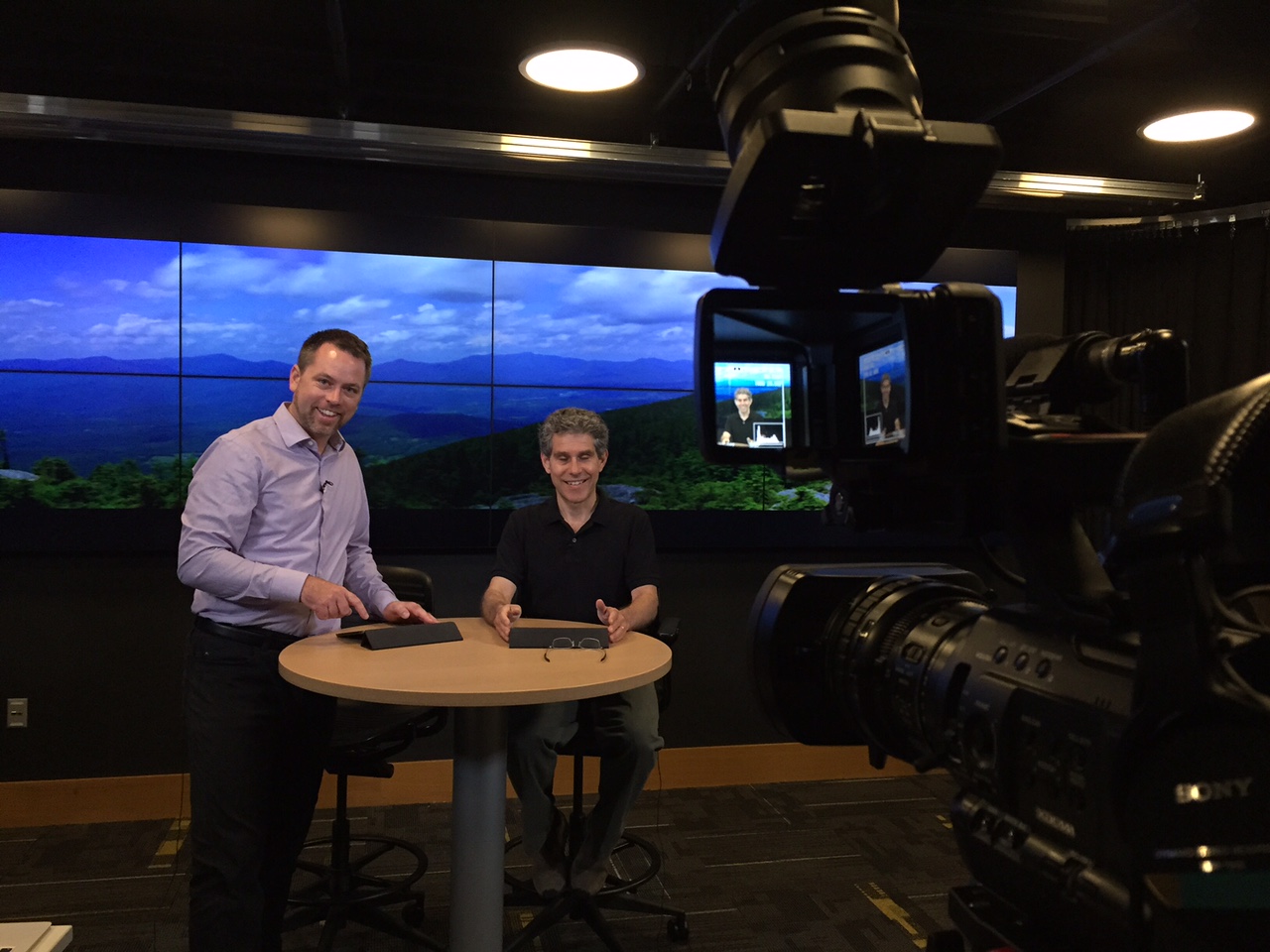 Andy and Mike on set.

DartmouthX has recently offered Live Office Hours with students in an Introduction to Environmental Science (ENVX) with Google Hangouts on Air. Instructors Prof. Andy Friedland and Mike Goudzwaard along with the course team hosted four sessions over two offerings of the course. In each session we tried something slightly different based on feedback from that last session. This “recipe” is based on what we learned from the experience. Like any recipe, feel free to use, improvise, simplify, or spice it up. 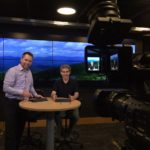 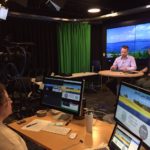 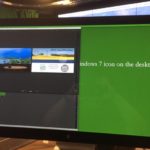 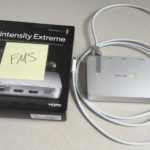 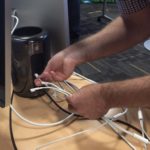 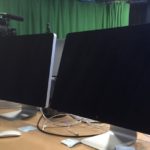 Lightbox has been activated. If you like to use the Lightbox Feature, please make sure you set "Link to" inside the Gallery Settings to "Media File"

Schedule the the event on Google Hangouts On Air (GHA)- set the date/time.

Build a section in the course to host the Live Office Hour information including:

Promote the Live Office Hours with:

Plan the session the day before. Review, select, and edit questions and place into a Google Slide deck (example).

5-10 minutes before the scheduled start time, start the hangout, displaying a static slide with the name of the event and start time. One of the presenters announced that we would start in a few minutes, and then mics were muted.

At the start time, fade to the presenters, and explain how participants can submit question during the session.

TA’s monitor the Q&A app, social media, and discussion board for incoming questions from students, select relevant question, edit, and place in the Google Slides deck. Presenters could see the questions in progress through the slide deck on their iPads. TA’s signal the Video Switcher to refresh the slide show feed to Wirecast.

Video switching is communicated through spoken queues by the presenters.  For example “Let’s go to this question, ‘Recycling Challenges’. . ” is an indication to the Video Switcher to fade to the question.

Following the broadcast, update the Live Office Hour page in the course to point students to the recording. It is helpful to modify the YouTube link to start at the broadcast point in the video.

See examples of the Live Office Hours from Introduction to Environmental Science (on edX) here:

See examples of Live Office Hours from An Introduction to Italian Opera (on edX) here:

We look forward to seeing what you cook up with the Live Office Hours with Google Hangouts on Air recipe.